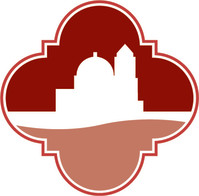 In 2017, San Antonio was designated a United Nations Educational, Scientific and Cultural Organization (UNESCO) Creative City of Gastronomy, making it only the second city in the United States to earn this designation and one of 36 cities world-wide. The designation officially recognizes the unique and special food and cultural traditions that exist in San Antonio.

Gastronomy is the study of the relationship between food and culture, the art of preparing and serving rich or delicate and appetizing food, the cooking styles, and the science of good eating. San Antonio’s identity as a Creative City of Gastronomy is about preserving our unique cultural identity around food while promoting a sustainable food system in San Antonio.

The City of San Antonio is in the process of defining its UNESCO Creative City of Gastronomy Action Plan for the next four years.

We gathered your feedback from February 2, 2021 to February 26, 2021. Thank you for taking the time to make sure your voice is heard for your city!

The questions marked with a red border are required.